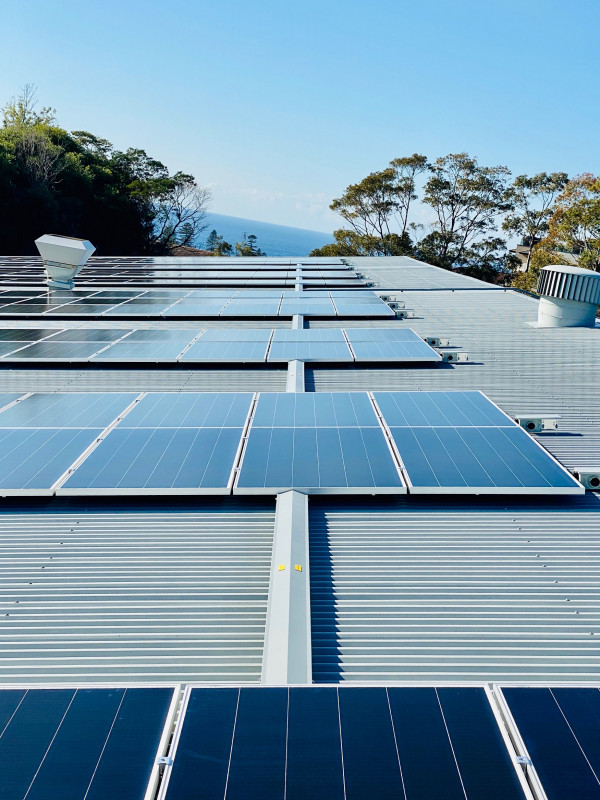 Individual businesses are realising the benefits of adopting solar power. It simply makes sense for businesses to cut operating and production costs by using solar energy. Once a solar power system is installed, the monthly cost of electricity is either eliminated or greatly reduced. With a manufacturer’s guarantee of 10-12 years and a performance warranty of up to 25-30 years for some solar panels, solar power is a long term investment that pays for itself and pays off.

Solar power not only allows businesses to reduce their reliance on the grid but also to cultivates a favorable reputation. Public perception of businesses who are using alternative energy sources unrelated to fossil fuels is very favorable and gives perspective customers another reason to do business with a company.
Additionally, the government offers a federal solar rebate, which allows homeowners to achieve a deduction of approximately 30% of the cost of installing a solar energy system making Solar Power more affordable.

So, what exactly is solar power, how does it work and how does a business get started on adopting it?

Once the energy is generated, it is transferred via an Inverter which converts it from DC electricity into 240 V AC electricity. This new form of electricity can then be used by the business and stored by the grid.

So those are the basics of solar power; a simple but advantageous technology but it is right for your business?

The only way to know is to contact us and speak to one of our solar experts who can evaluate your energy needs, understand your budget and assess your actual work site. In taking all these factors into consideration, a project plan can be devised that will help you decide whether adopting solar photovoltaic power will be advantageous for your business.

If you go ahead, once an agreed plan is in place, the installation can start. Headed by experts in their chosen field a skilled team will bring the advantages of solar power to your business in a relatively short time.

Australia has the highest solar radiation per square metre of any continent. If your business is not harnessing this power, then it is time to consider it. An initial investment very quickly pays off and sees your business using free energy for years to come. If you would like more information, please contact our company today. 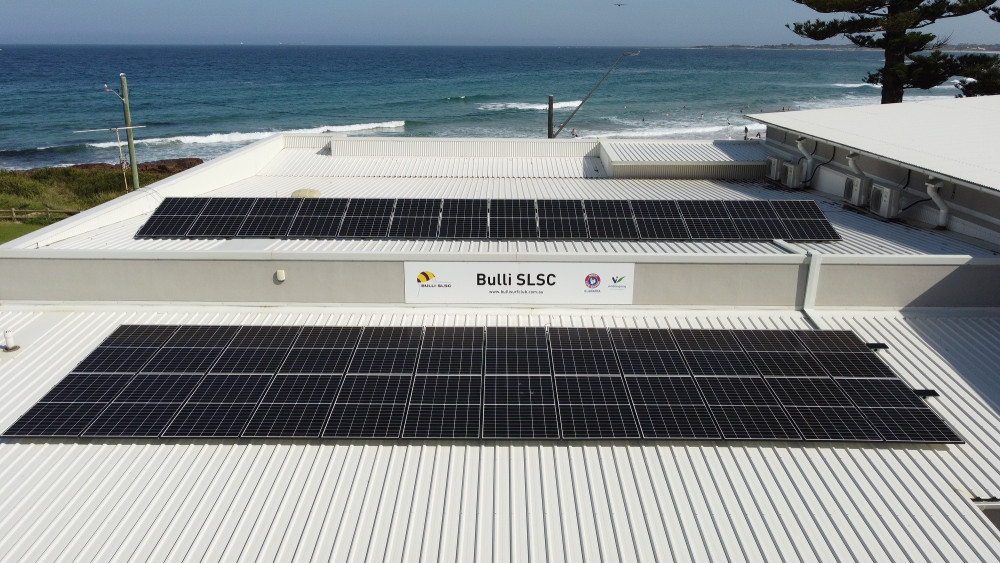 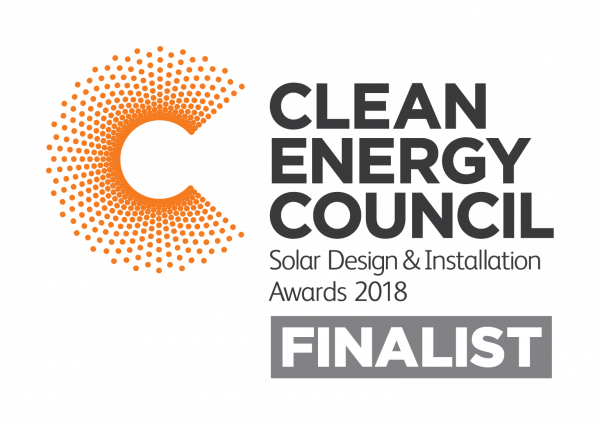 The electrical maximum demand for the property during a number of times of the year was projected to be in excess of the available supply capacity of the local Electricity Network. The peak electrical demand during these times was expected to be significantly, 10-20 times, higher than normal operation and last for between two and four weeks.

Therefore, a new energy management system was established with the inclusion of a mixture of diesel fired generators, photovoltaics and battery storage to supplement the capacity available from the Electricity Network during these peak periods. It also includes a load management system (LMS) limit the demand from the Network, to optimise the use of renewable energy and minimise operating costs.

The load management system shall maximise the use of PV supply. If the amount of PV generation exceeds the available load minus the minimum import level then excess power shall be utilised to recharge the battery banks.

The Solar PV System is a 500kW Ground Mount system which comprises of approximately 1500 Trina 330W DUOMAX (Double Glass) Modules and (10) SMA Core1 50kW Three Phase Inverters. The modules are mounted on Clenergy SolarTerrace III and was purpose built for the project including the soil density and system size specifications. The system also includes a 2.1MW Tesla Powerpack installed inside a purpose built plant room, which becomes the largest indoor battery storage system at present. 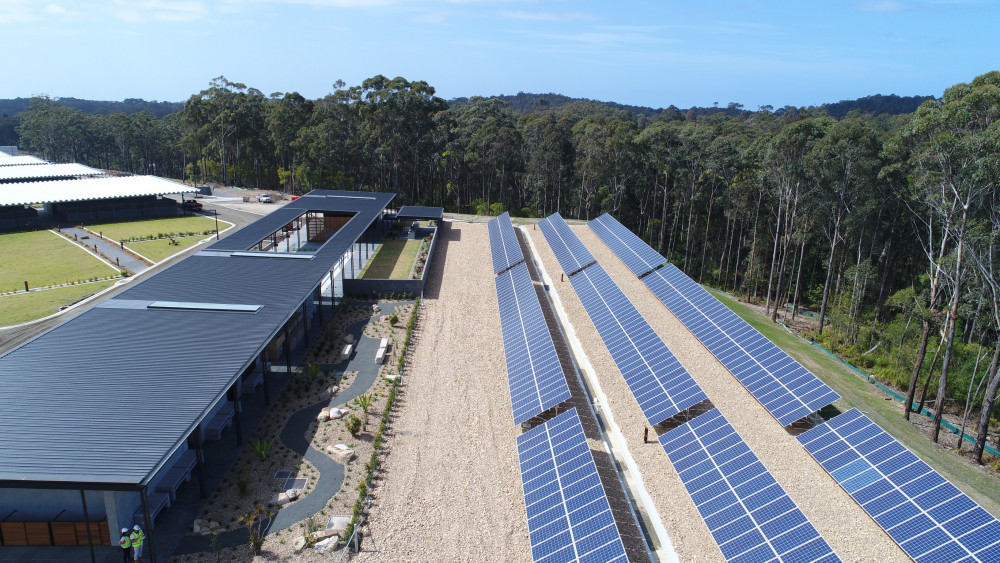 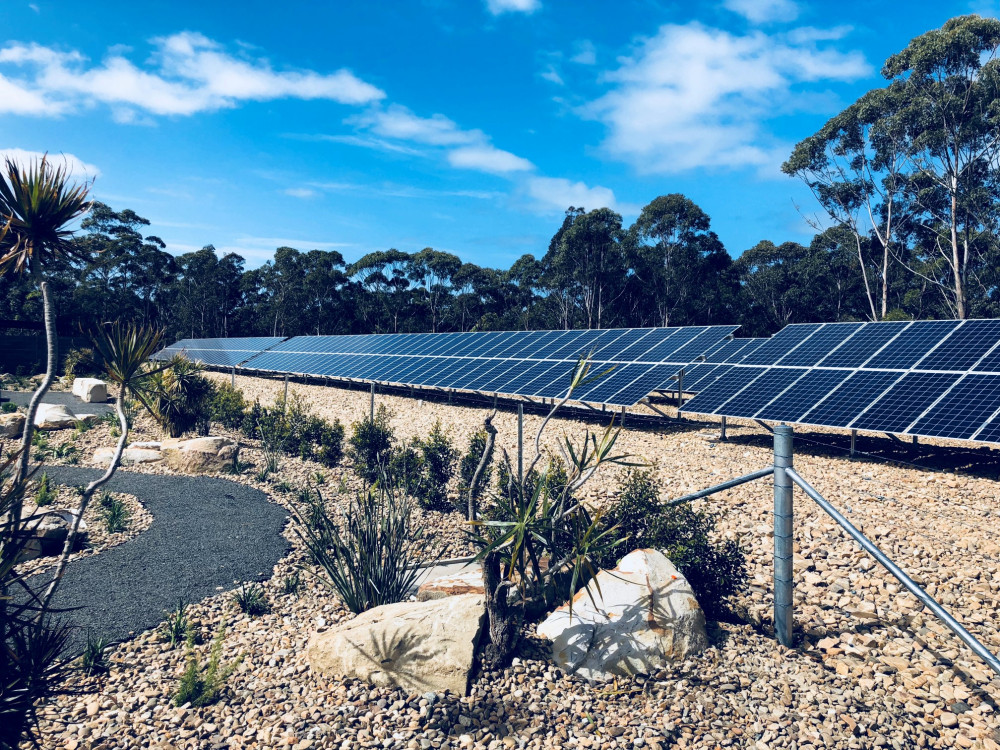 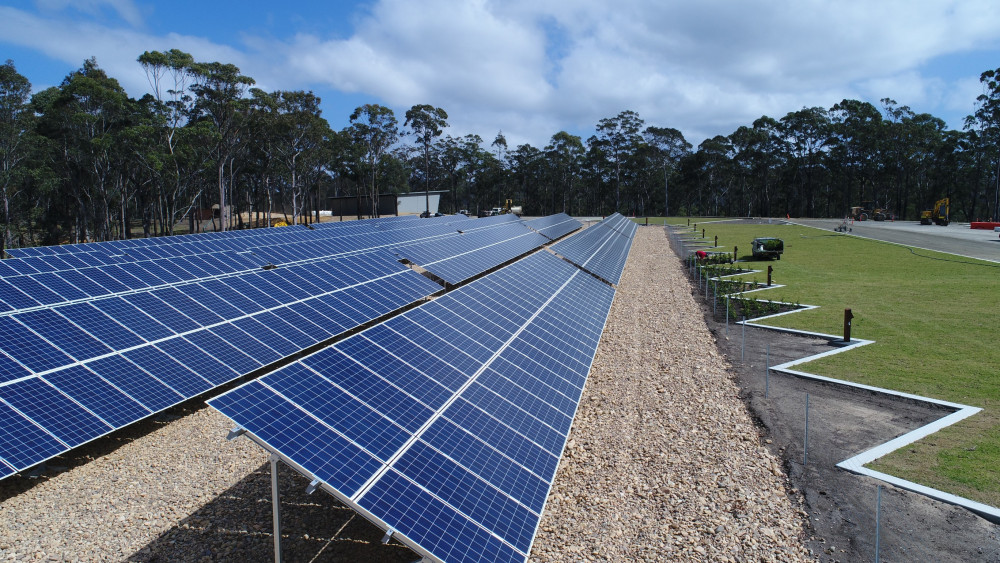 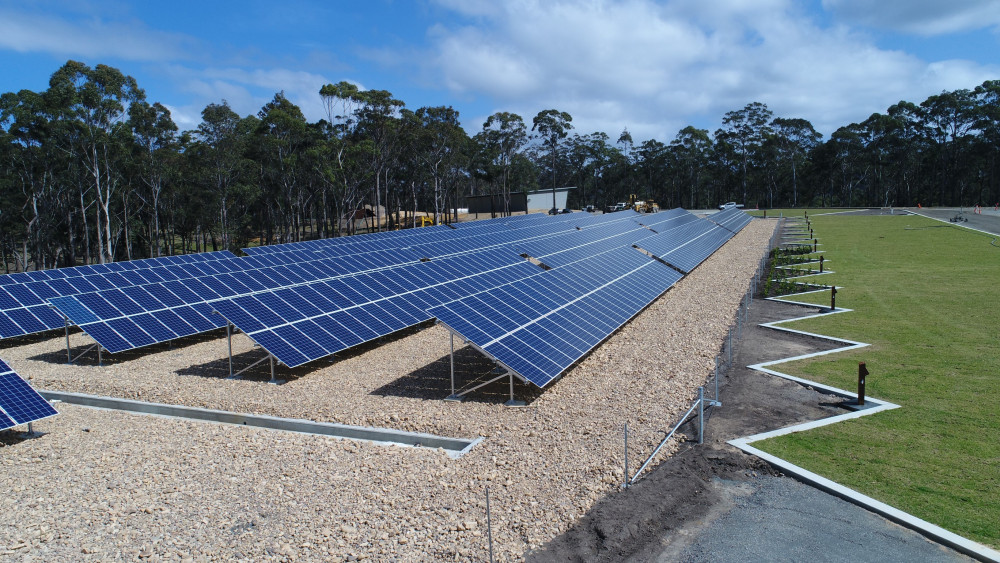 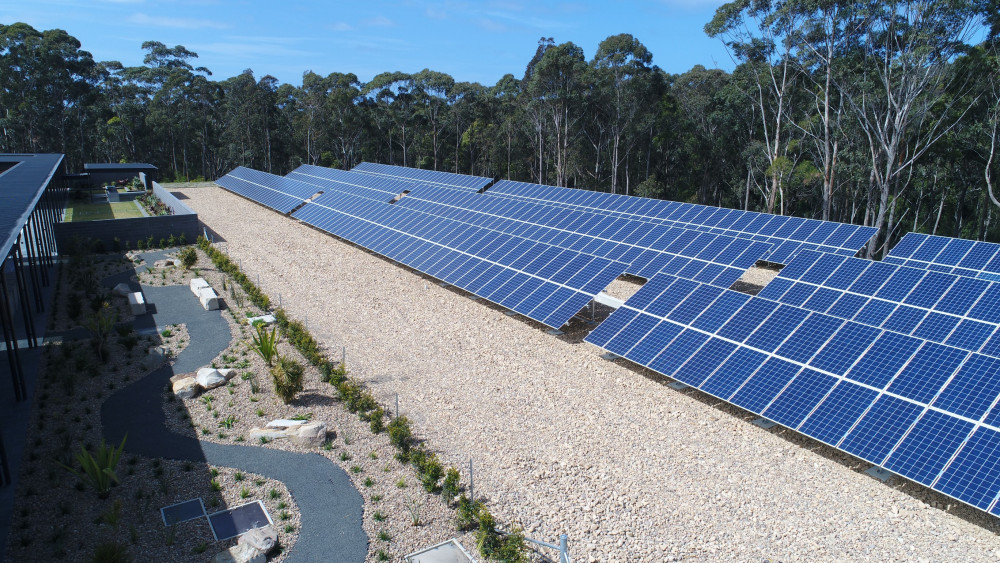 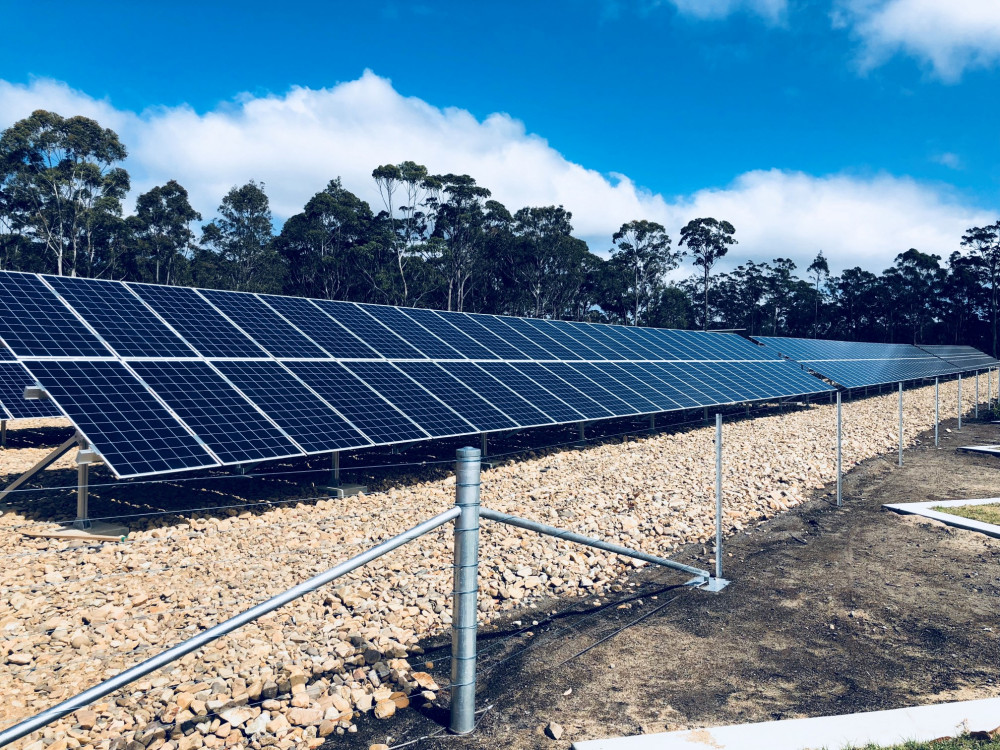 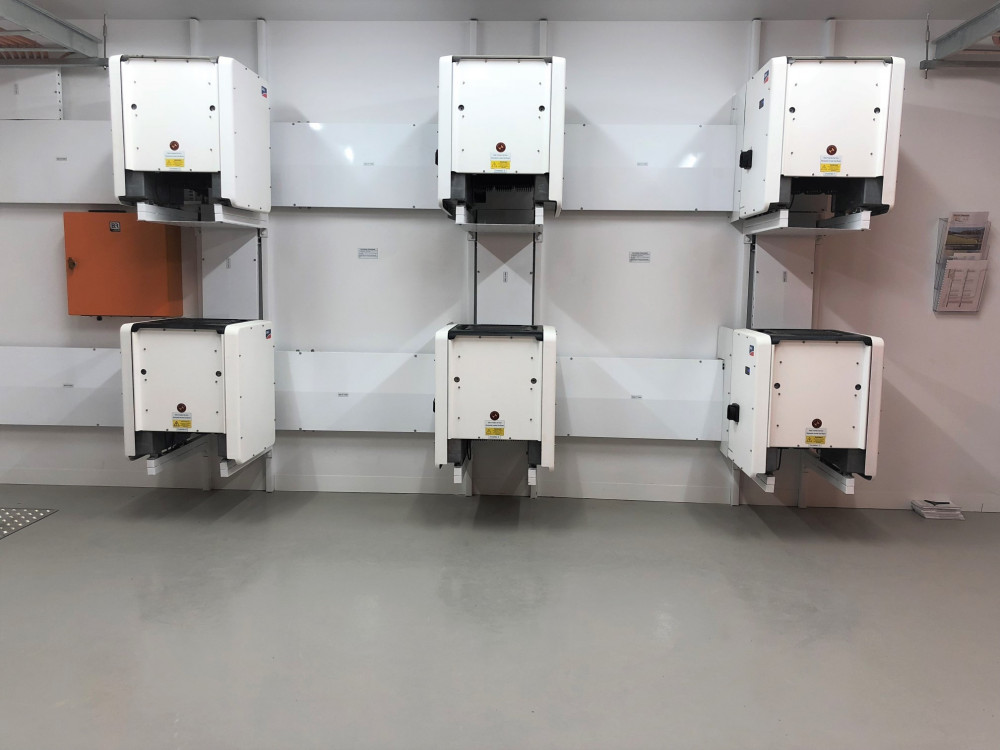 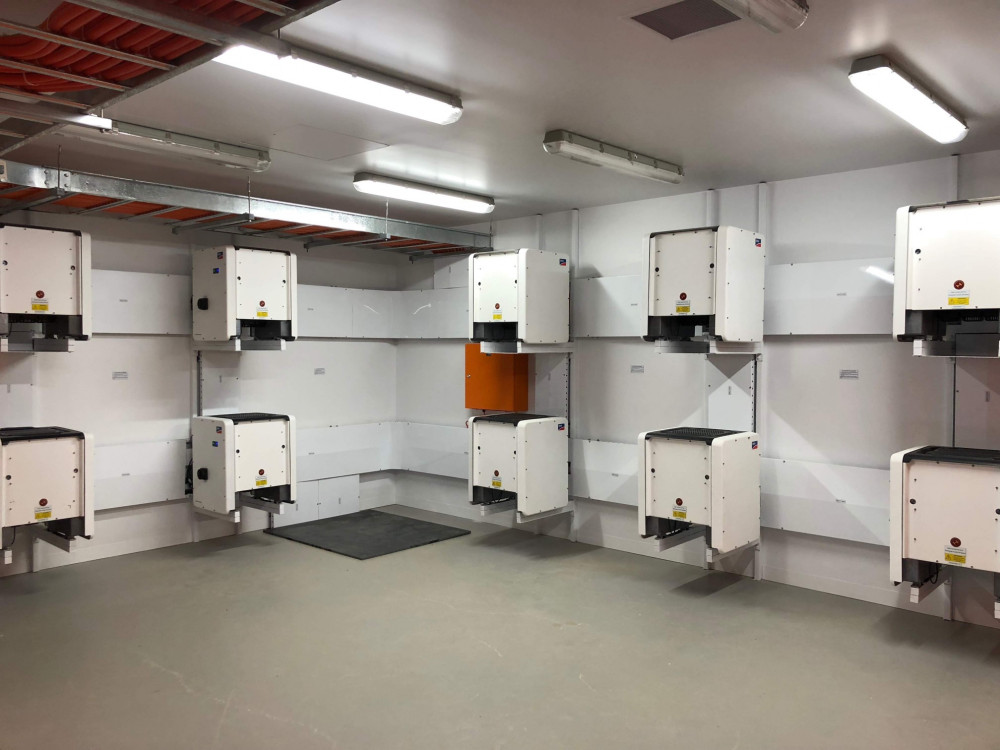 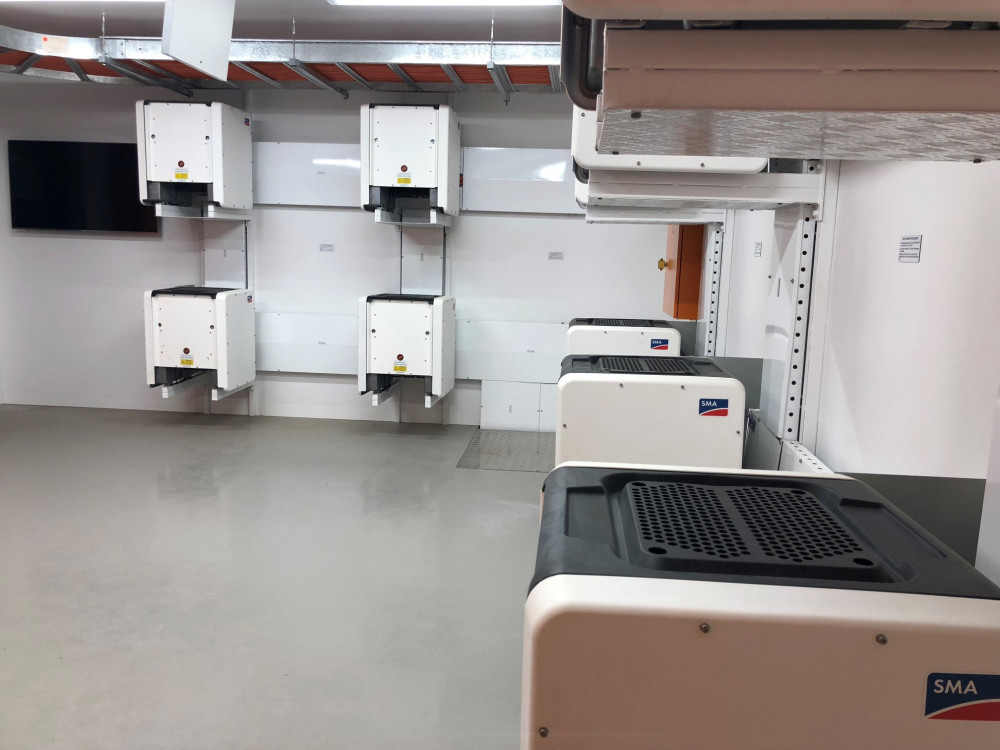 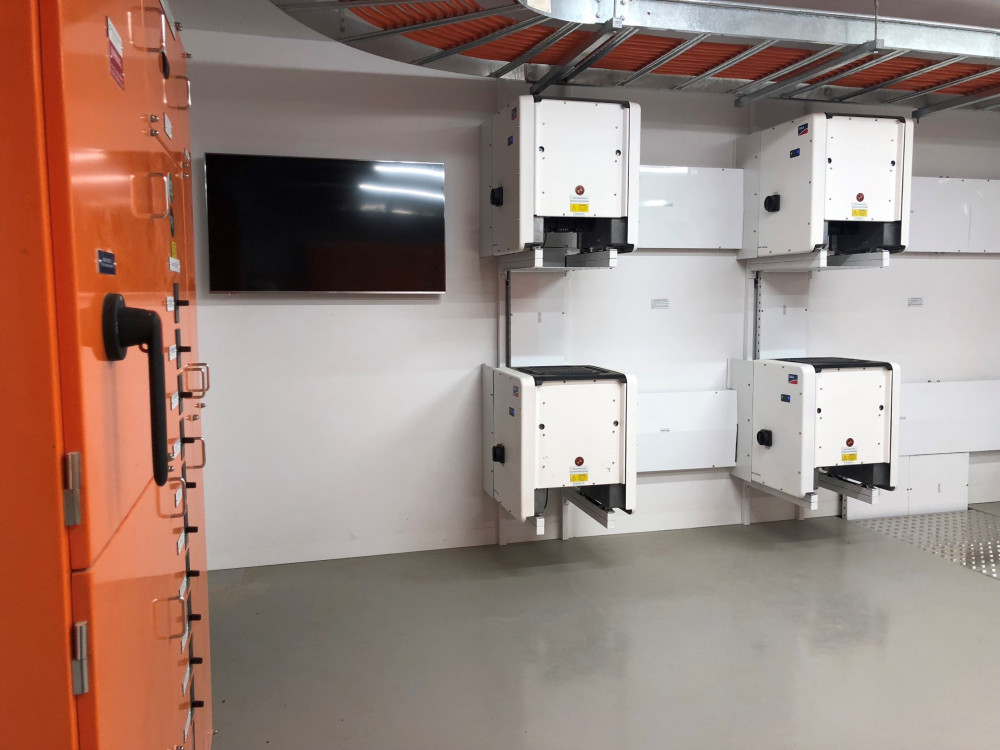 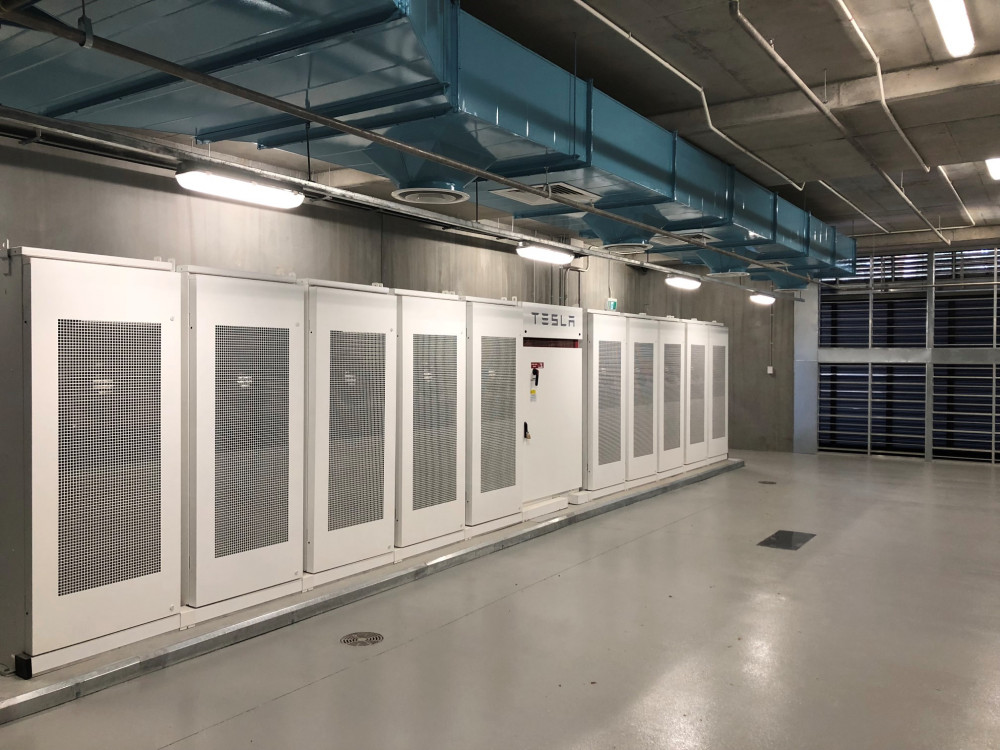 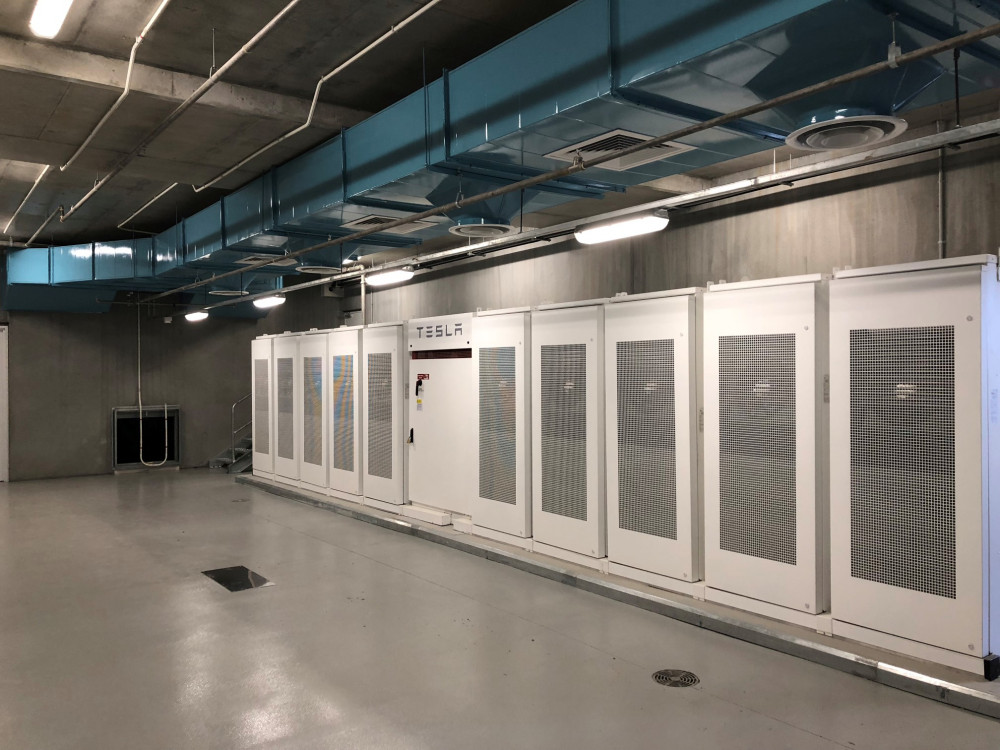 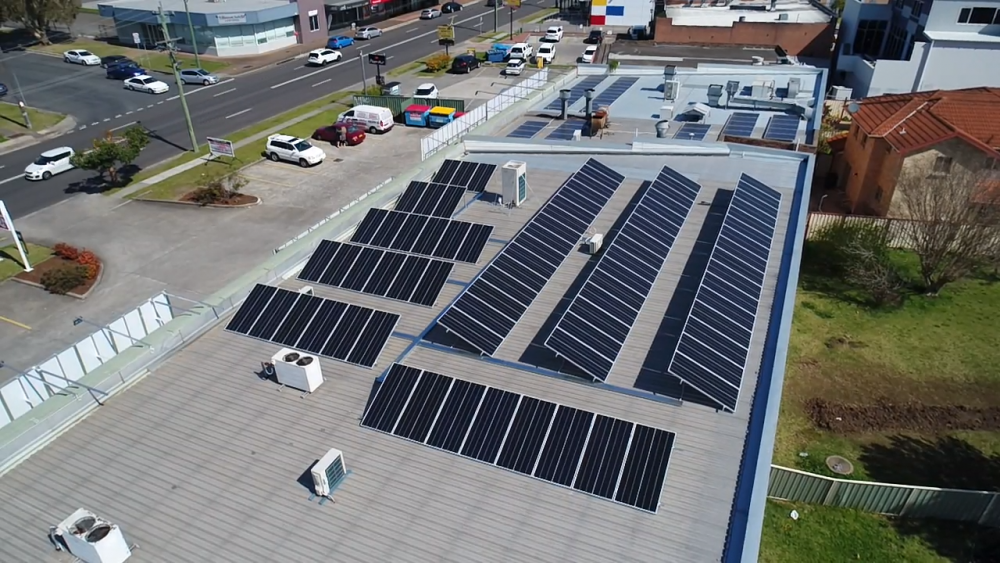 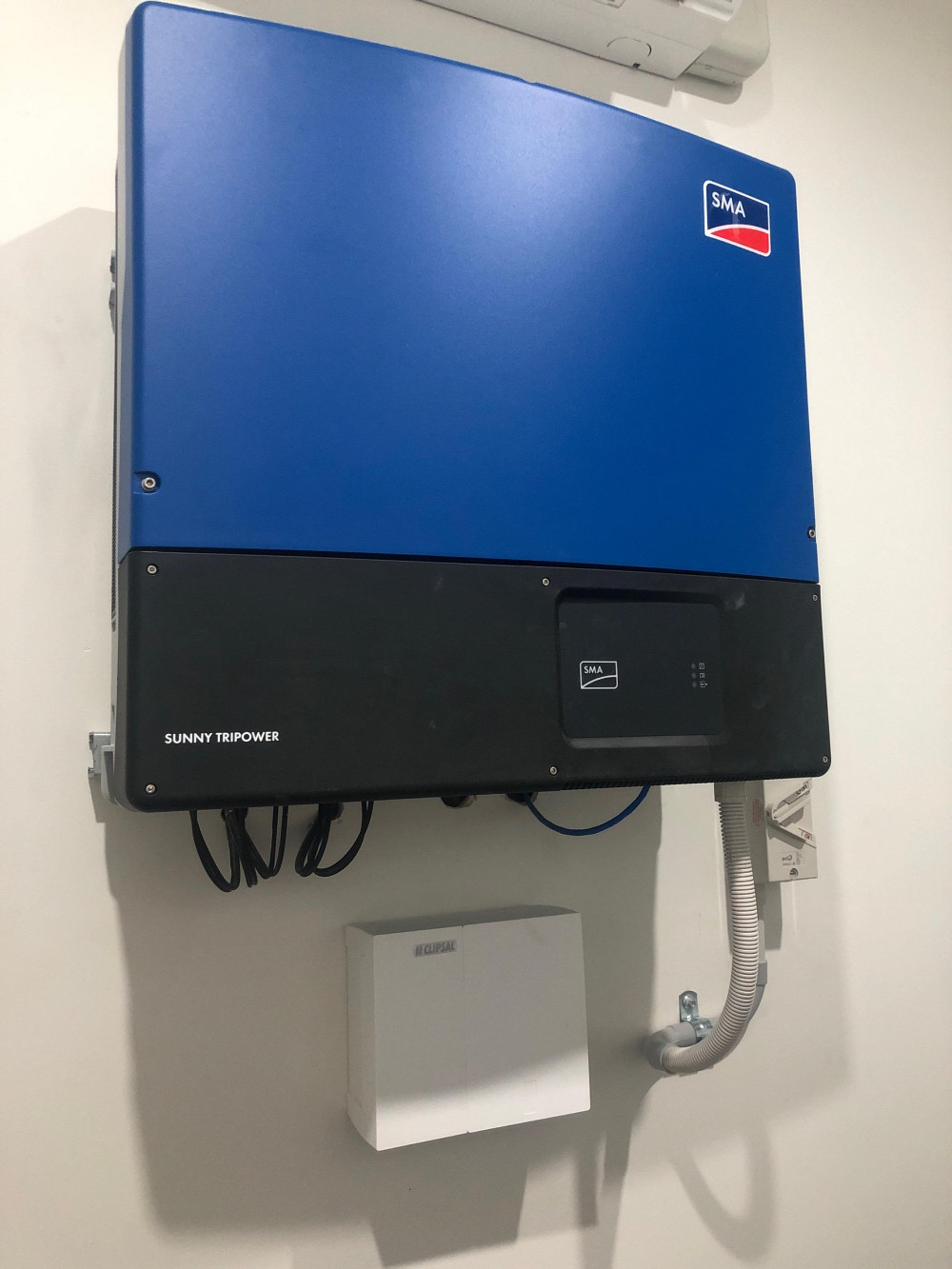 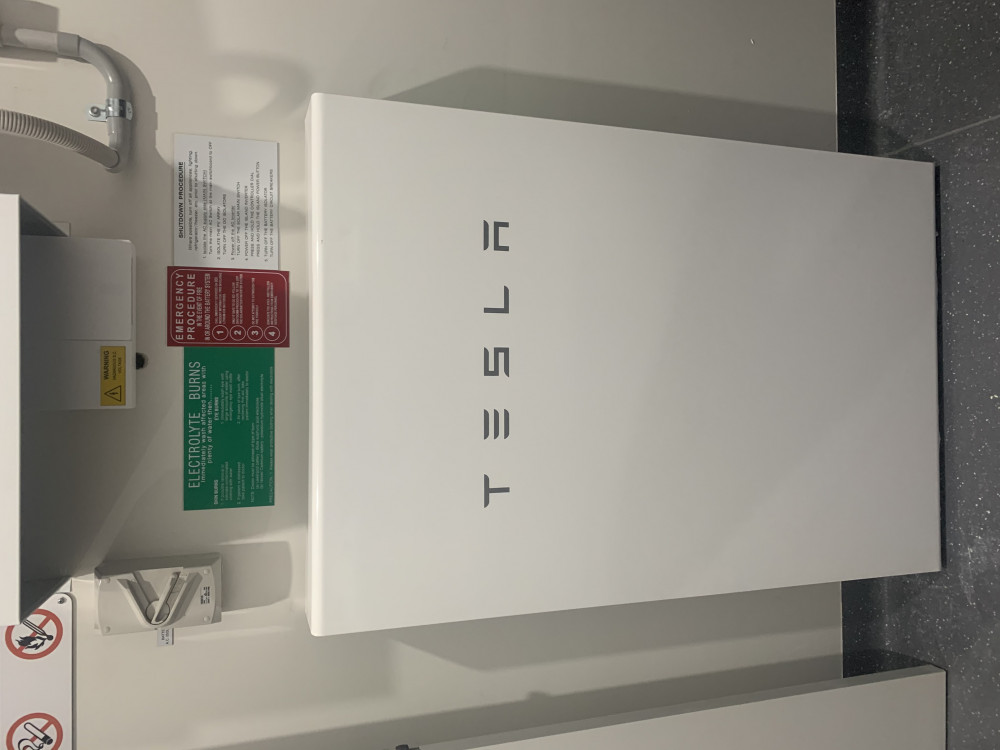